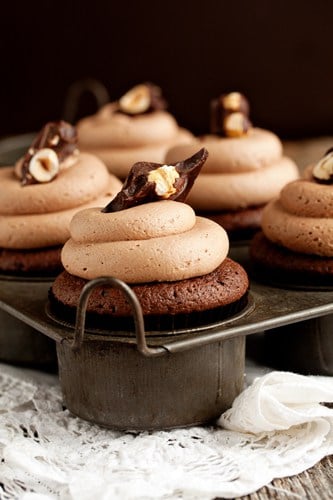 Today is World Nutella Day, so you knew there was no way I’d forgo posting something that utilizes this delicious Chocolate Hazlenut spread. As I have stated once or twice, I love Nutella and I’m pretty certain you could smear the stuff on a piece of cardboard and I’d be completely content!

Taking a simple chocolate cupcake recipe and filling the middle with that awesome Nutella lusciousness, definitely quenches that hazelnut craving that I get more frequently than I’d like to admit.  Top off with Nutella buttercream, and these are truly irresistible to those Nutella fanatics that I know are plentiful! Just a word of caution…these babies are rich, so have a glass of milk near by and don’t be tempted to eat more than one in a single sitting.

This post is not your typical MBA post; meaning it’s not a complete recipe. This is more like a framework which will help you to build your Nutella masterpiece. Essentially, you’ll bake 24 chocolate cupcakes using your fave recipe and I’ll walk you through the rest! Sound like a plan? Alright, let’s get to it. 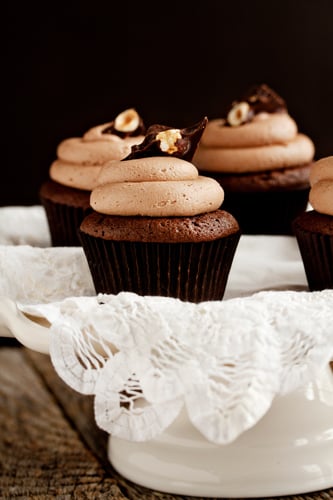 I made one of my favorite chocolate cupcake recipes according to the recipe directions (you’ll see my fave in an upcoming fundamentals post). Use whatever recipe floats your boat. Cool them completely.

Looking for more Nutella Deliciousness? Check out these posts: 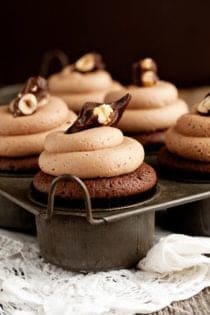