I love apples, especially Granny Smith apples! I had a bunch of them in the fridge, so I decided to make apple crisp. However, I did not stop there, I also made a homemade vanilla bean ice cream in my beloved Kitchen Aid ice cream maker attachment.

I have made ice cream several times since acquiring the maker, but this was the first time I used an egg base. I chose Tyler Florence’s vanilla bean ice cream base, and it is crazy rich! I described it to others as frozen creme brulee. I used an apple crisp recipe from allrecipes, but of course played with the ingredients a little.

I cut the apple mixture in half, except for the topping (this is my fave part) and cooked in an 8×8 Pyrex pan. I also cut down the ice cream recipe because the original recipe makes one gallon and believe me, my booty does not need one gallon of ice cream chilling in the freezer!

I found that cutting the ice cream recipe down to 1/3 worked perfectly! Enjoy!
[pinit] 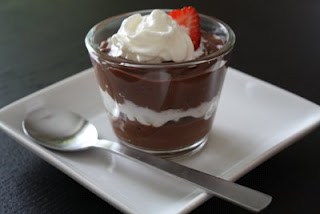 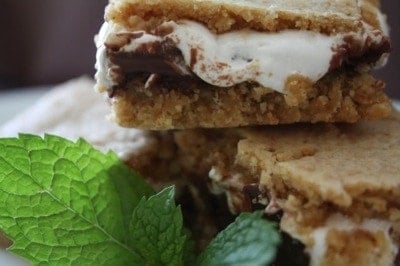 Yum.... I could go for a plate full of this right now!

Looks delicious! I'm just starting to experiment with ice creams, and so far like the egg based version better than the quick kind. but...I'm still playing. Your crisp with ice cream look fantastic!

Aaaaaaaaah apples... and vanilla ice cream. Oh yeah, now THIS I'd fight ya for! LOL

I've made Alton Brown's vanilla ice cream and it, too, was rich. Nice indulgence but not something that needs to be sitting in my freezer!

Have a delicious day :)