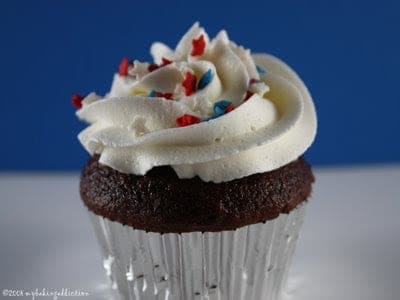 I hope everyone decided to get out and vote on Tuesday! I thought I would play it “smart” and head out to the polls before work to escape the long lines in the evening. Well, as it turns out, just about everyone in my precinct tried to play it “smart” as well. I arrived to my voting destination promptly at 7:00 am only to be greeted by a hoard of dreary eyed Ohioans in a line that stretched around a building. Again, since I was playing it “smart” that morning, I neglected to grab a jacket since the weather peeps said it would be an unseasonably warm 70 degrees. However, it was a crisp 55 degrees at 7:00 am and that my friends is the temperature that I stood outside in a long, seemingly never ending line for 1 hour. Now as though I did not have enough working against me with the temperature and the line, as luck would have it, I ended up smack in front of one of the most annoying human beings I have come across in my 29 years of life. Yes, you all know the type I am talking about, the loud, obnoxious know-it-all that thinks everything uttered out of their mouth is absolutely hysterical…the kind that laughs so loud at his/her own jokes you think they may hyperventilate! On top of his contagious laugh and charming wit (utter sarcasm) , he acted as though we were all uneducated voters and blabbed on about his views trying to persuade us to vote in his direction. Needless to say I was peeved after about thirty seconds! I ended up being a half hour late to work, which meant my cupcakes were the last to hit the bake sale table! I whipped these up on Monday night using…(GASP) a Duncan Hines boxed cake mix; however, I tried to redeem myself by topping them with homemade buttercream frosting and cute patriotic sprinkles.

how to use the Duncan Hines Angel cake mix instead of pound a pound cake.

Hello! I haven't attempted this recipe with this substitution, so I am not sure of the result. If you happen to give it a try, I'd love to know how they turned out. Thanks so much for stopping by. -Jamie

Beautiful, as always :) I'm glad you like that buttercream dream icing - it's my fave!!

I leave for work at 5:45am so the polls weren't open yet. I voted at 4:15pm and there was NO line! I mean, I was in and out in under 5 minutes (helps when you bring your completely-filled-out sample ballot {grin}).

The only thing that would've made my election day better? Some of your cupcakes :)

that man should be shot. not really, but you know what I mean.

sometimes the boxed mixes do wonders! These election day cupcakes are precious. And homemade buttercream? that's a real treat.

Lovely cupcake! And boxed mix is great in a pinch! And, oh my goodness, *I* was behind those same people in line in Los Angeles!! :) Where do you get clear vanilla? Never heard of that!