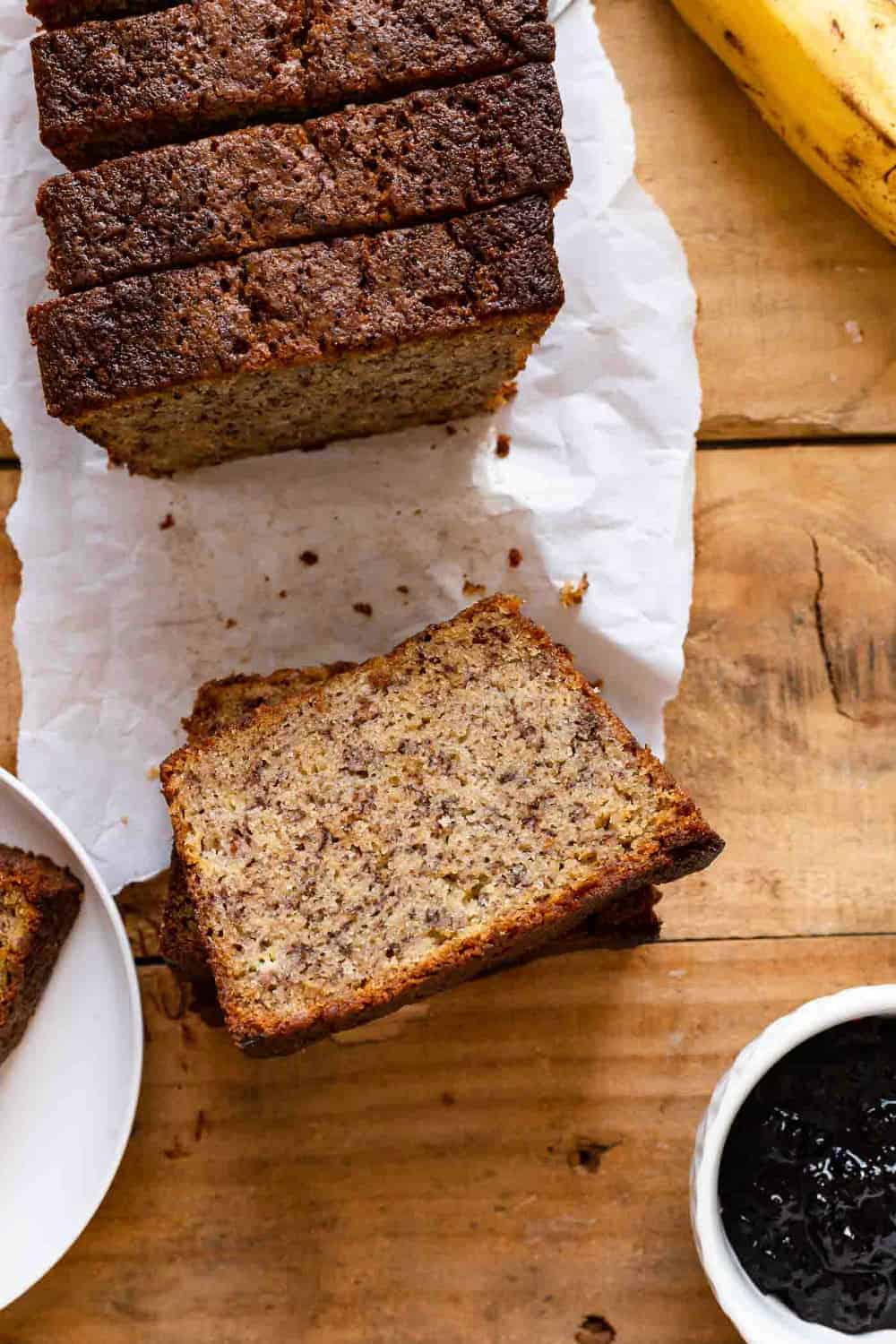 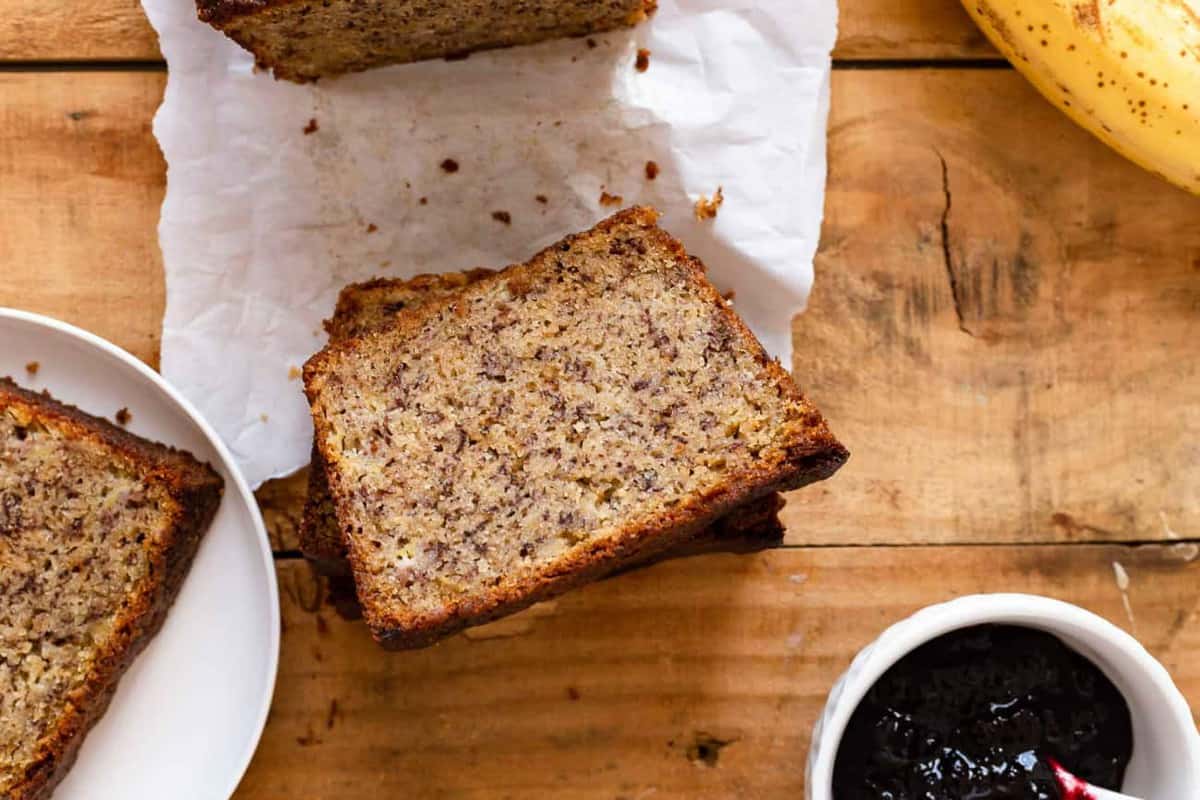 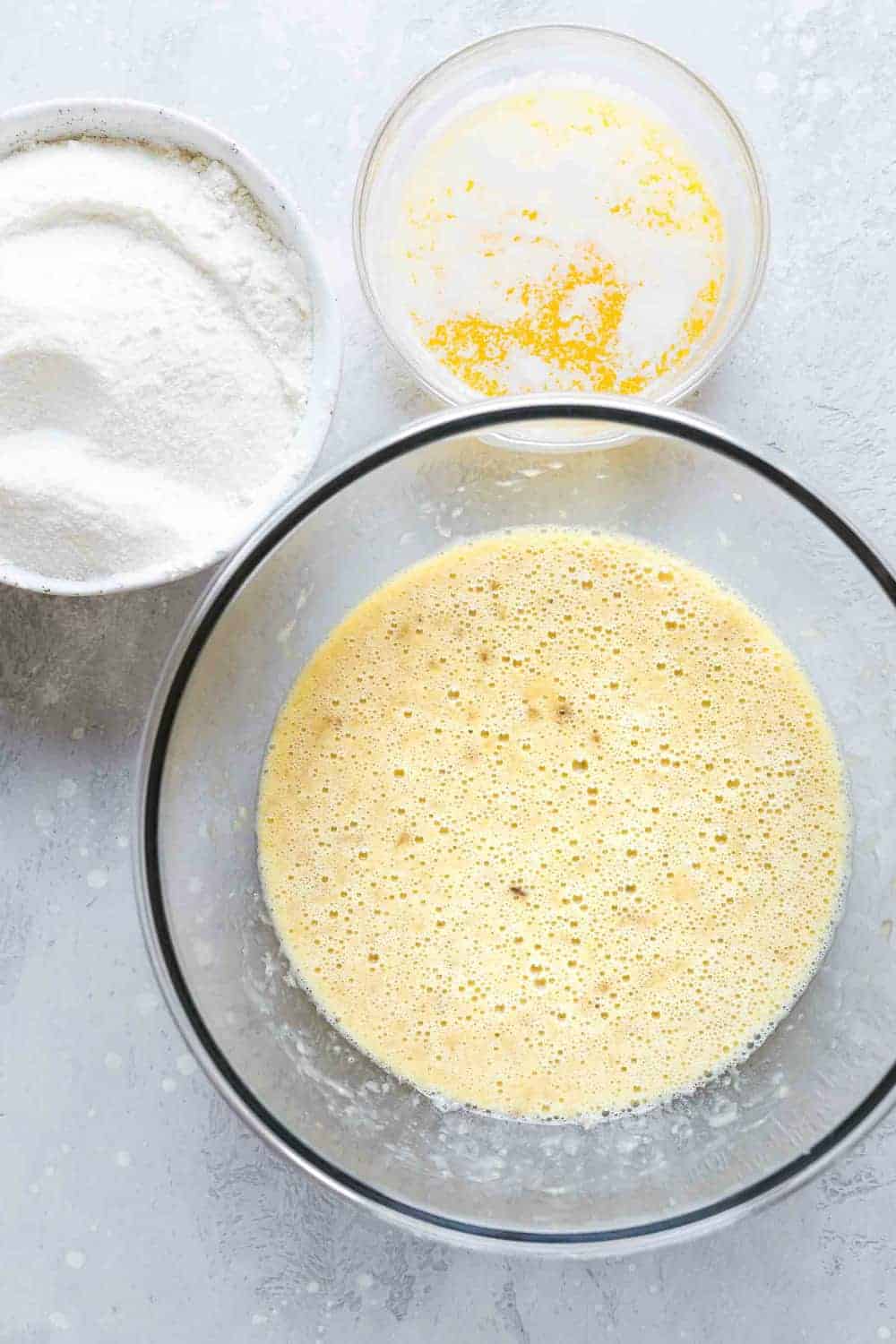 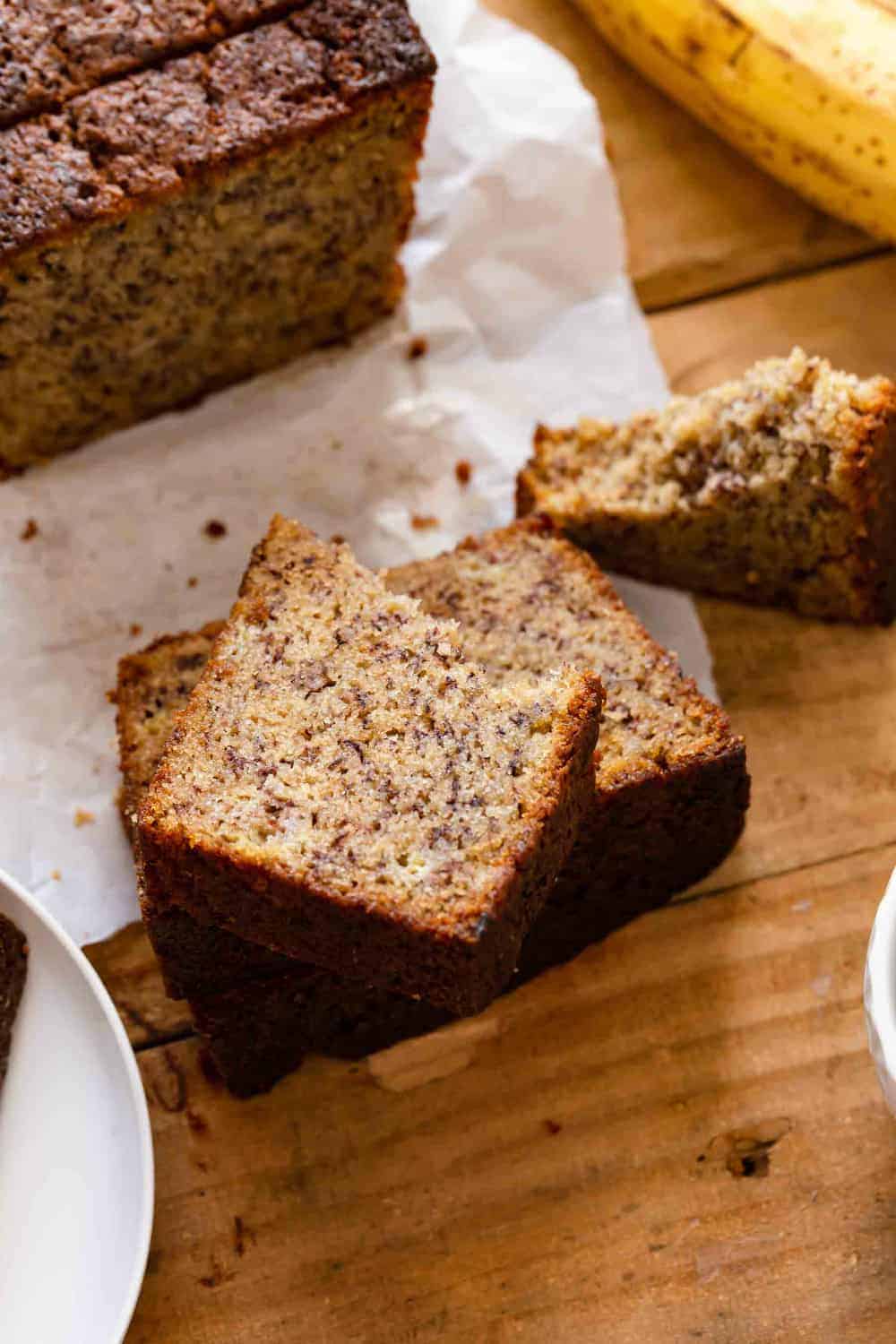 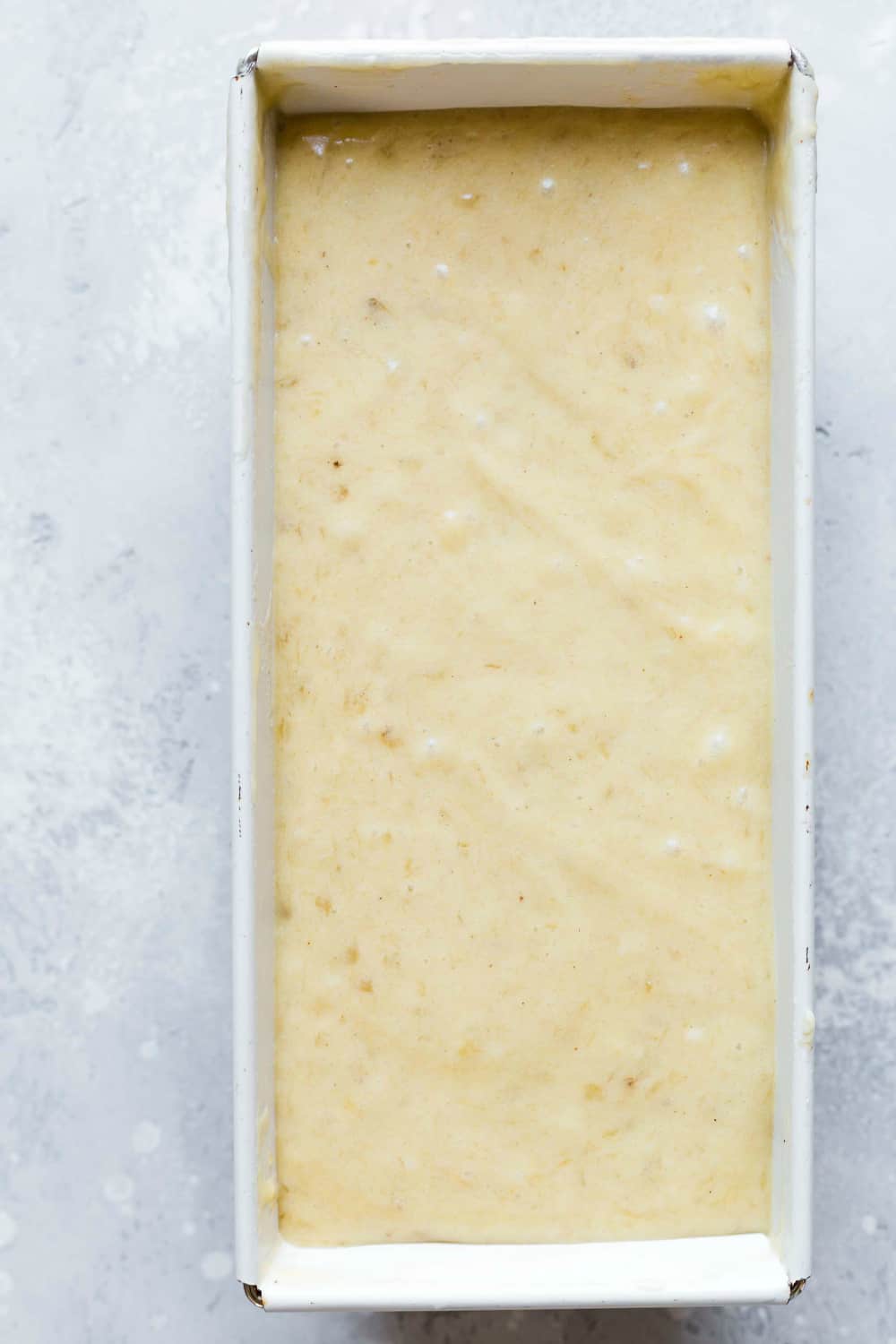 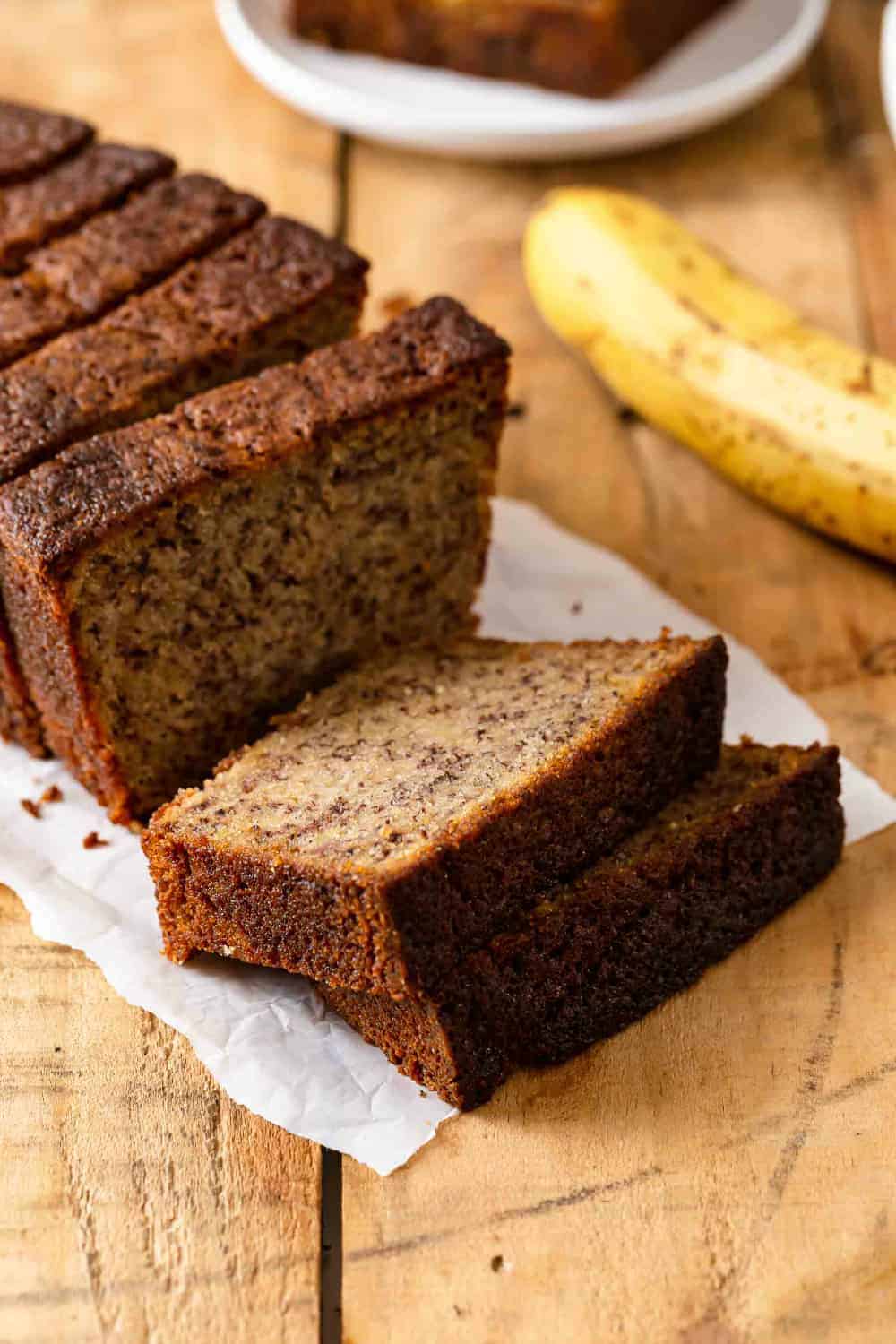 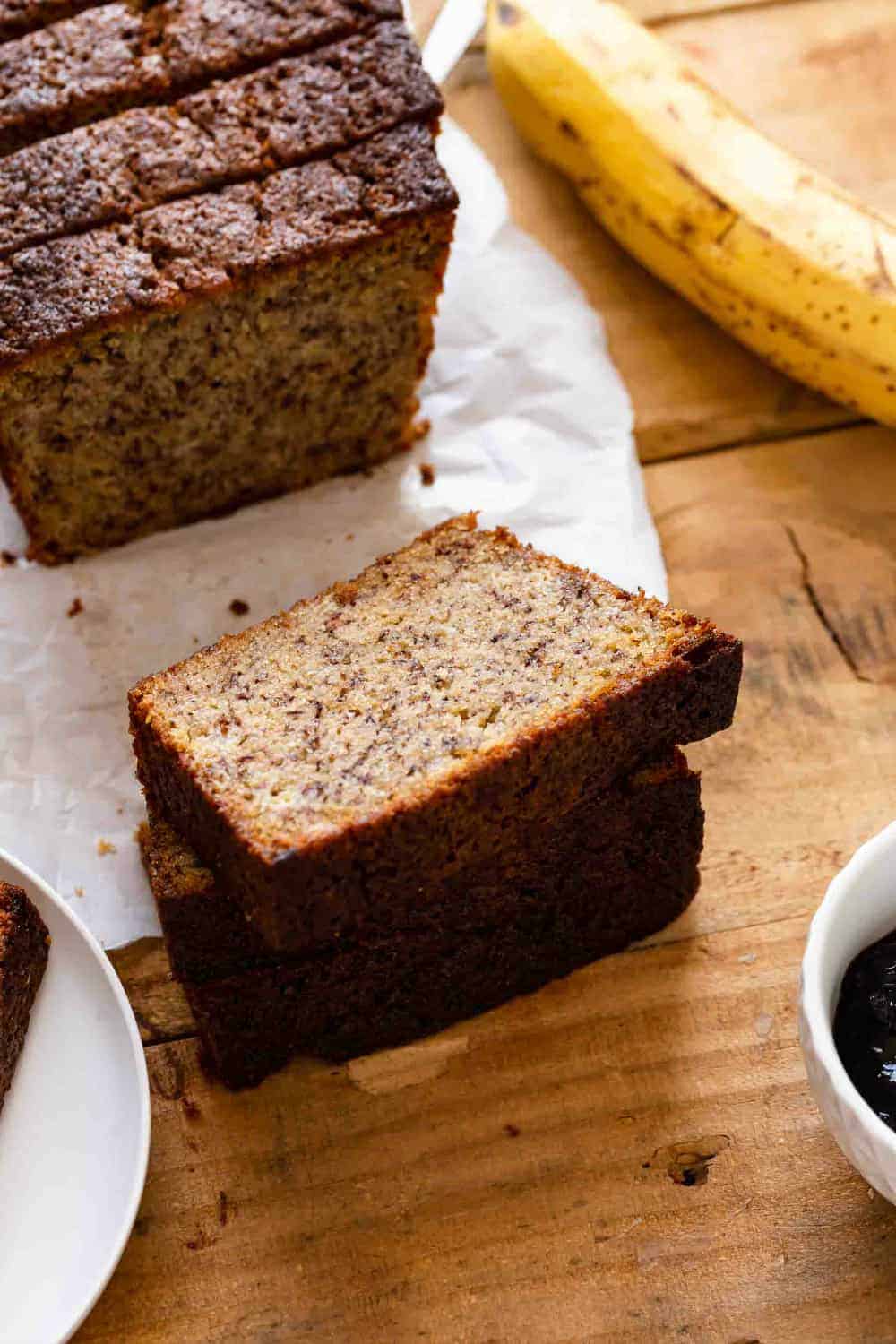 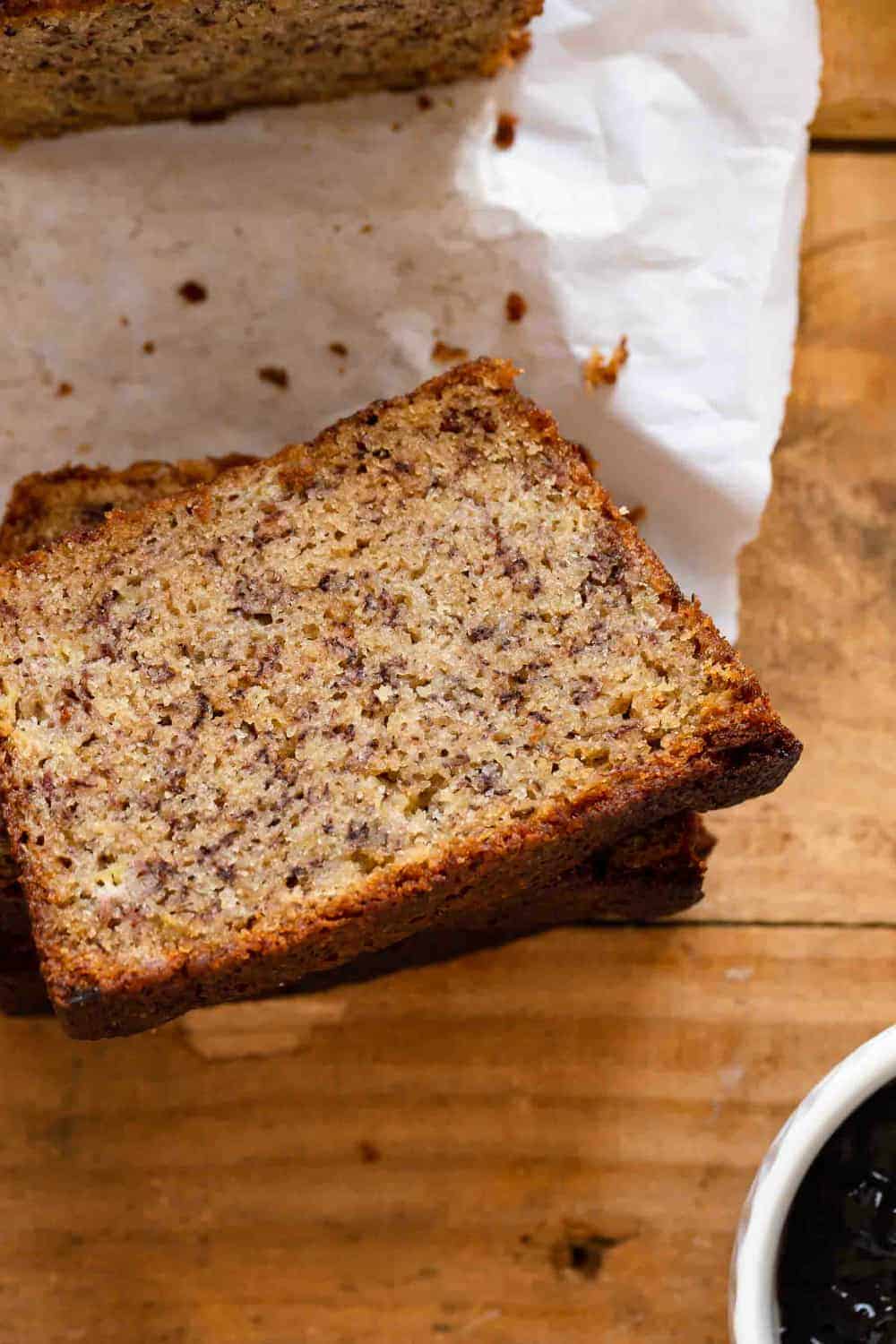 Can you do this in a Bundt Pan?

Hi Maryann- I have not tried this recipe in a bundt pan, but I think it would be fine - the bake time will probably change, so you'll want to keep your eyes on it. Enjoy!

With 2 sticks of butter, I removed 2 Tbsp from the 2nd stick to get 14 Tbsp (according to the wrapper's tick marks). However, when I microwaved this amount, then spooned 14 Tbsp into the egg-banana mixture, there was a lot of melted butter left over (even after I greased the pan). Question - should all, or only "measured" 14 Tbsp, of the melted butter go into the mixture?

Thanx for sharing this lovely recipe.

Hi Dale- You'll measure the butter before melting and yes, all 14 tablespoons goes into the bread. Hope this helps! -Jamie

Sooooo delicious and so easy to make. Thank you for the recipe. 14 tablespoons might sound like a lot. But we use two sticks of butter for cookies, so no guilt at all!!

Made this so many times and everyone who has tried it simply LOVED it! Friends even said it is the best theyve ever had and wont eat it from the shops anymore for fear of being disappointed. Thank you for blessing us with this recipe! xx

You can just reduce it a bit if you'd like.