Homemade Banana Pudding is a classic for a reason! Homemade vanilla pudding layered with bananas, vanilla wafer cookies and whipped cream is the ultimate comfort food.

If there were ever a dessert – aside from cheesecake that I’d say I am obsessed with, it would be Banana Pudding.

Whether it is homemade, a super simple version with packaged ingredients, or even this easy Banana Cream Pie Fluff, I simply don’t think you can wrong with bananas, whipped cream and vanilla wafers. It’s pretty much my favorite flavor combo at the moment, so you’ll be seeing a few more banana cream recipes in the coming weeks.

Homemade Banana Pudding is so simple to make – even from scratch and it can feed a crowd if you double the recipe for a trifle dish, which is why it’s ranks as one of my top 5 potluck recipes. But it also keeps pretty well in the fridge, so if you’re not feeding a crowd, you can have this as a delicious dessert or snack throughout the week.

There’s just something about the layers of Nilla wafer cookies, sweet and creamy vanilla pudding, fresh bananas, and pillowy whipped cream. I could eat it all day long.

There are lots of ways to make an easy banana pudding with pudding mix or even Cool Whip. But sometimes I just want to make a Homemade Banana Pudding with Homemade Vanilla Pudding and Homemade Whipped Cream.

Ok, not quite. I don’t make my own Nilla wafers, although you totally could! Homemade vanilla wafers would be delicious – I just never feel like making them.

Don’t worry that making your own banana pudding from scratch is hard. It’s a lot easier than you think!

HOW TO MAKE BANANA PUDDING FROM SCRATCH

First, you’ll want to get the components of your Homemade Banana Pudding ready to go:

As soon as the pudding comes off the stove and you whisk in the butter and vanilla, grab your favorite baking dish. Line the bottom of the dish with a layer of Nilla wafer cookies, topped with a layer of sliced bananas.

Pour half of the warm pudding over the sliced bananas. Repeat the cookie, banana, and pudding layers one more time.

Place a layer of plastic wrap over the pudding so that the plastic touches the top of the pudding. This will prevent a skin from forming while it chills.

Let the pudding chill for at least 4 hours. Before serving, top with as much whipped cream as you desire. Garnish with more cookies and banana slices.

One batch of pudding will fill a 2 to 2 ½ quart baking dish. If you’d like to make your banana pudding in a trifle dish like you see in these photos, I recommend doubling the recipe to fill the dish.

I don’t know what it is about spring that makes me want to make all of the banana desserts. If you are also craving all sorts of banana goodness, check out four more of my favorite banana dessert recipes. 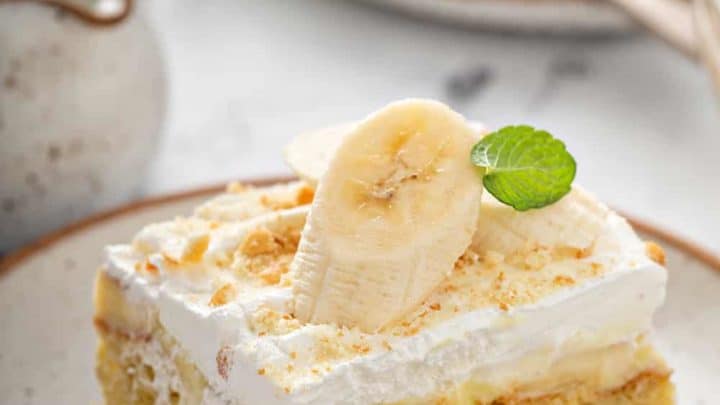 Looking for a cake version of your favorite pudding? Look no further than this Banana Pudding Poke Cake! This easy recipe combines yellow cake with bananas and vanilla pudding – you’ll definitely want a second slice of this dessert! 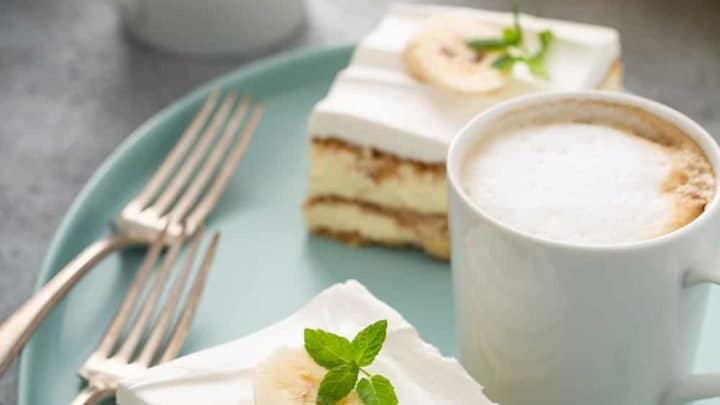 If you’re looking for a quick and easy crowd-pleasing dessert, this Banana Cream Pie Eclair Cake is for you! Layers of graham crackers, pudding, and sliced bananas make this icebox cake taste just like your favorite banana pudding. 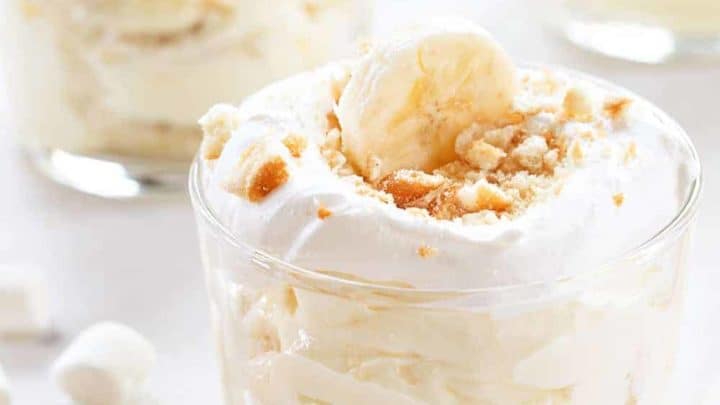 Banana Cream Pie Fluff is a new twist on a Southern classic. It’s wonderful for potlucks and picnics, and way easier than pie! 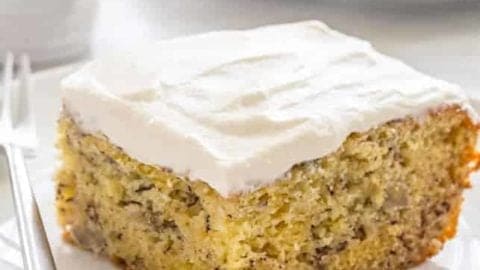 Moist Banana Cake that’s good for breakfast or an afternoon pick-me-up. Grab a cup of coffee and dig in!

If you would like to layer your banana pudding in a trifle dish, you may need to double the recipe to fill the dish. 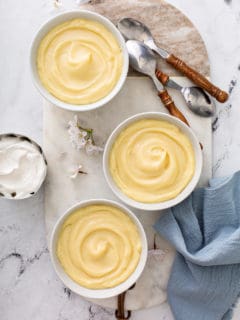 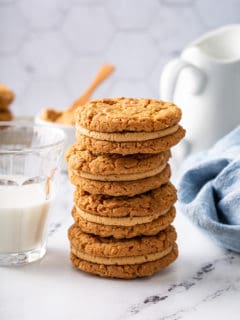