I’ve been on a pretty major brownie kick lately – I’m talking 3 different varieties in one week. I’m officially brownied out for a while, but the good news is that I’ll be sharing all the chocolately goodness with you in weeks to come.

First on the list are these incredibly rich and decadent Peanut Butter Snickers Brownies. I first became aware of these little square nuggets of bliss when Amber guest posted her recipe for Peanut Butter Snickeroos. I was intrigued, they but didn’t make their way into my shopping cart until last week.

I tried one as soon as I got home (purely for research purposes of course) and knew they would be bad news if I kept them in the house for too long. In fact, a certain someone was smuggling them from the kitchen and into his pockets – I found the wrapper evidence in the dryer.

With a gazillion calories at our immediate reach, I decided to bake them into a batch of brownies and pass them along to my dad, brother, and mom’s boyfriend. Knowing full well they couldn’t resist noshing down on deep, dark chocolate brownies flecked with chunks of Peanut Butter Snickers deliciousness.

Well, they were a hit. My dad actually hid his and rationed them over two days, so the vulchers (co-workers) didn’t wipe him out with one pass of his desk.

These brownies are rich, decadent and have the perfect chewy texture. So sure, they may be calorie bombs. But they’re worth every extra step on the treadmill, I swear. Plus, since they’re so rich, you don’t have to have a big serving to satisfy any intense chocolate craving you may be having.

2. In a saucepan over low heat, melt the butter, add sugar and stir to combine. Continue heating mixture just until it's hot (about 110°F to 120°F), but don’t let it bubble. It should get a shiny appearance as you stir it. According the lovely bakers at King Arthur Flour, heating this mixture a second time dissolves more of the sugar, which will create a shiny top crust the brownies.

3. While the sugar heats a second time, crack the 4 eggs into a bowl, and beat them with an electric mixer on low speed and add in the cocoa, salt, baking powder, espresso powder, and vanilla until the mixture is thoroughly incorporated and smooth.

4. Add the hot butter/sugar mixture, stirring with a wooden spoon until smooth.

5. Add the flour and stir until just combined.

7. Bake the brownies for about 30 minutes. The brownies should feel set on the edges, and the center should look very moist, but not uncooked. Remove them from the oven and cool completely on a rack before cutting and serving.

- I used Hershey's Special Dark Cocoa Powder because I was out of Dutch-process. The results were delicious. I would not recommend using regular unsweetened cocoa.
- Not a fan of Peanut Butter Snickers? No problem. Sub in another candy bar like Almond Joy, regular Snickers, Twix, Reese Cups, etc. 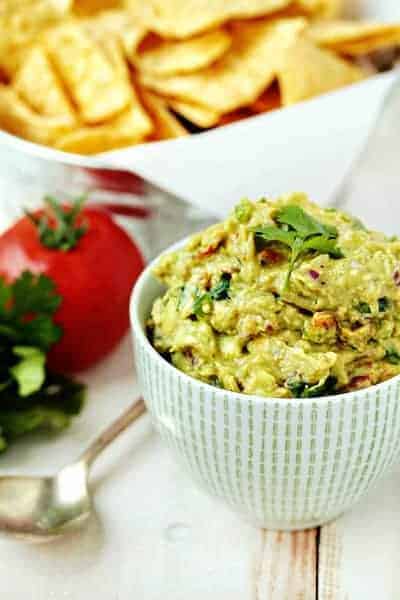 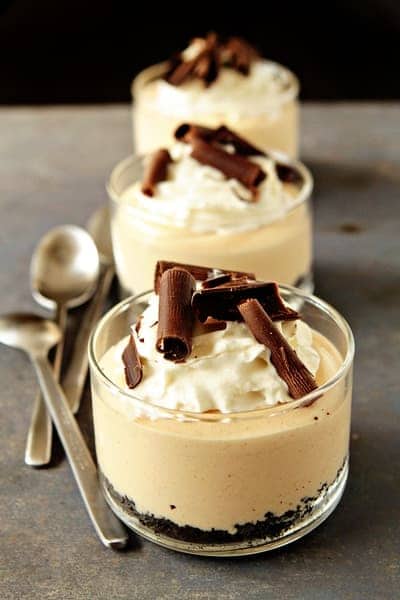 My sister and I love snickers so this recipe was just sweet heaven for us, these brownies are now our go to desert!

So happy to hear you enjoyed the brownies, Veronica! Thanks so much for stopping by and leaving your feedback! -Jamie

YUM! Thanks for sharing!

Thanks so much, Taylor!

Fantastic photo, and amazing looking peanut butter snickers brownies! I am obsessed with brownies! I'll definitely try it! Thanks a lot for sharing!

Thanks so much for stopping by, Kara! I appreciate you taking the time to comment. Happy Baking! -Jamie

I’d love to make these peanut butter snickers brownies for my family New Year morning. Do you think it would be possible to make this the 30y, let it cool and then seal up and then reheat New Year?

Hi Robin - The brownies are best the day they are made, but should last for 2 days in an airtight container. Happy baking!

I'm sorry, but what do you mean when you say to heat the sugar a second time? Do you let the mixture cool and then put it on the heat a second time? Thanks for all the great recipes.

Heather- You do not need to put the mixture on the heat a second time, the second time refers to the baking time. I hope this helps.