Samoa Cheesecake starts with a coconut shortbread crust and is topped with whipped cream, toasted coconut, melted chocolate and gooey caramel. Yes, it tastes as good as it sounds. 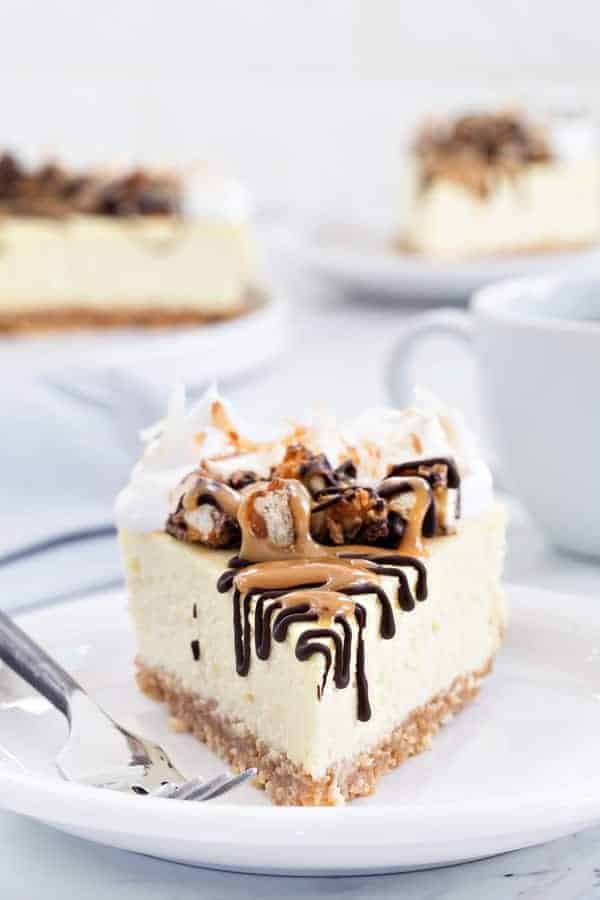 I thought I was going to make it through 2017 without being tempted by Girl Scout Cookies. You see, this girl has a real thing for Samoas, Trefoils, Thin Mints and Do-si-dos, but no one came a knocking this year.

Since I’m trying to focus a little more on my diet, I can’t say that I was too disappointed, because let’s be real, I can polish off a sleeve of Thin Mints during one episode of Golden Girls. 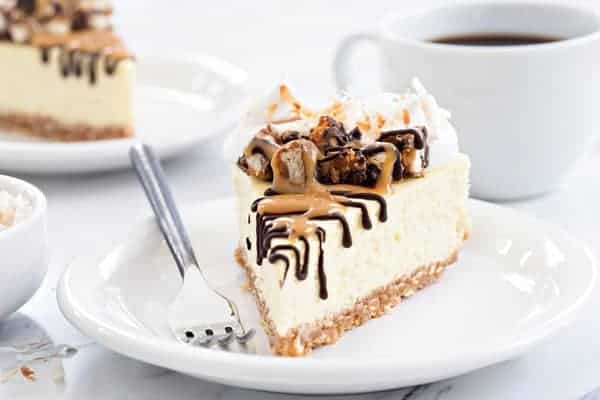 However, about a month ago, my aunt sent me a text asking if we were interested in buying a few boxes because her friend’s daughter had about 10 leftover that she needed to sell.

And of course, without hesitation, I quickly messaged back my requests. 20 minutes later I was the holding a bag with 2 boxes of Thin Mints, 2 boxes Samoas and one box S’mores – because S’mores.

Elle and Eric wasted no time popping the Thin Mints into the freezer and noshing down on them that evening. I, however, left the Samoas sealed and hidden from clear view in the pantry for weeks. 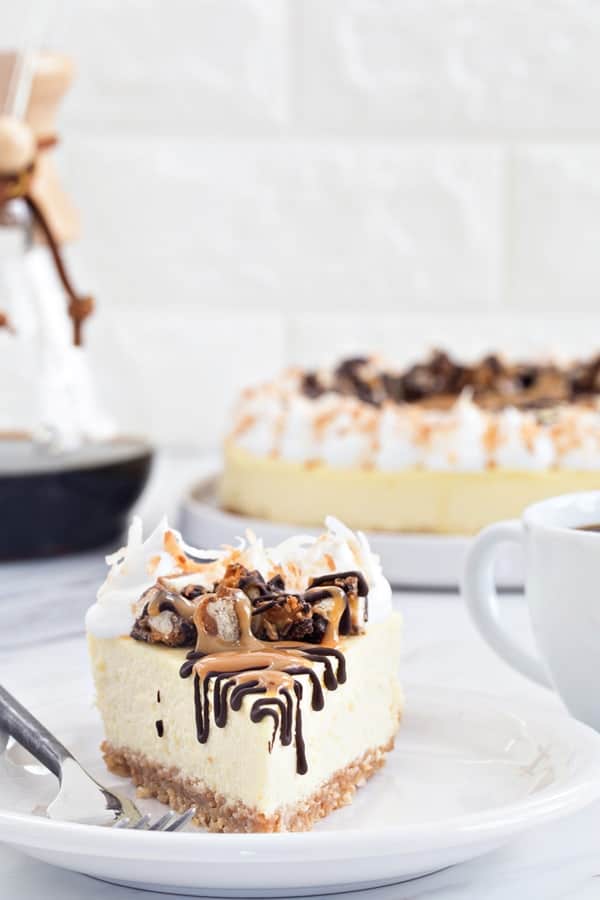 Until I decided that I was in the mood for cheesecake – Samoa Cheesecake to be exact.

I decided to create the crust out of crushed shortbread cookies, but I couldn’t get my hands on any Trefoils, so I opted for a bag of a Pepperidge Farm Shortbread cookies.

Since I was making a Samoa Cheesecake, I decided to add shredded coconut to the crust, which was pretty genius if I do say so myself. 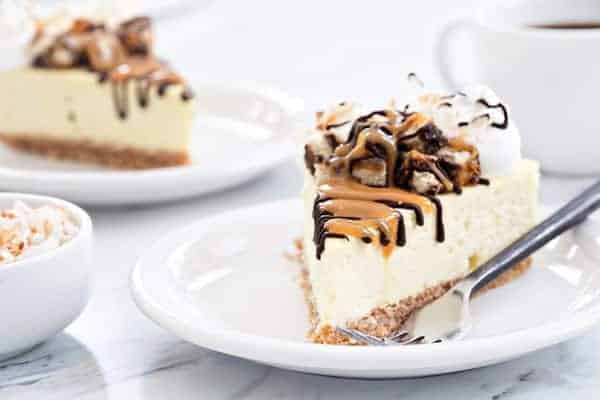 The cheesecake filling was my standard favorite combination of cream cheese, sugar, eggs, vanilla, and a bit of heavy cream, but with an added splash of coconut extract to really pump up the coconut flavor.

For the toppings, I may have gone just a tad overboard with whipped cream, chopped Samoas, gooey caramel and of course, a drizzle of melted chocolate. I mean, if you’re going to make a Samoa Cheesecake, you might as well go all the way, right?! 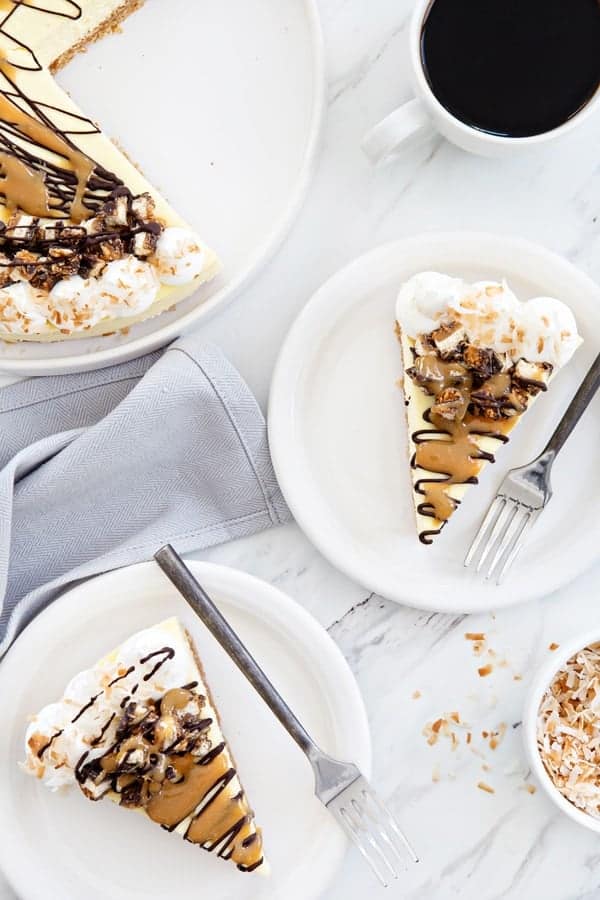 I find that people are really intimidated by making cheesecake at home. But honestly, the process is super simple. Sure, you might end up with a crack here and there – especially if you don’t use a water bath, but it will still taste amazing.

And you can always cover the crack with fresh fruit, whipped cream, or even a can of cherry pie filling.

How to Make Cheesecake at Home:

For more Samoa inspired treats, be sure to check out my Frozen Samoa Pie, Gluten-Free Samoa Cupcakes and Samoa Popsicles.

Amazing photos and recipe!! Coconut sounds like heaven. And something for me :) And I am so happy for tips and advices :)

Thank you so much!

This looks AMAZING!!!! I can't wait to to try this. As always, thanks for the great baking inspiration.

So yummy! I love it and I can't wait to try this. This would be a perfect birthday cake. Thanks!

You're welcome, Megan! Let me know how you enjoy it!

The crust alone sounds divine - shortbread and coconut! The whole thing looks so delicious - an absolute must make. ~smile~