It’s hard to beat a classic! Vanilla Cheesecake is creamy and delicious whether you serve it plain or finish it with your favorite fruit, caramel or ganache topping. 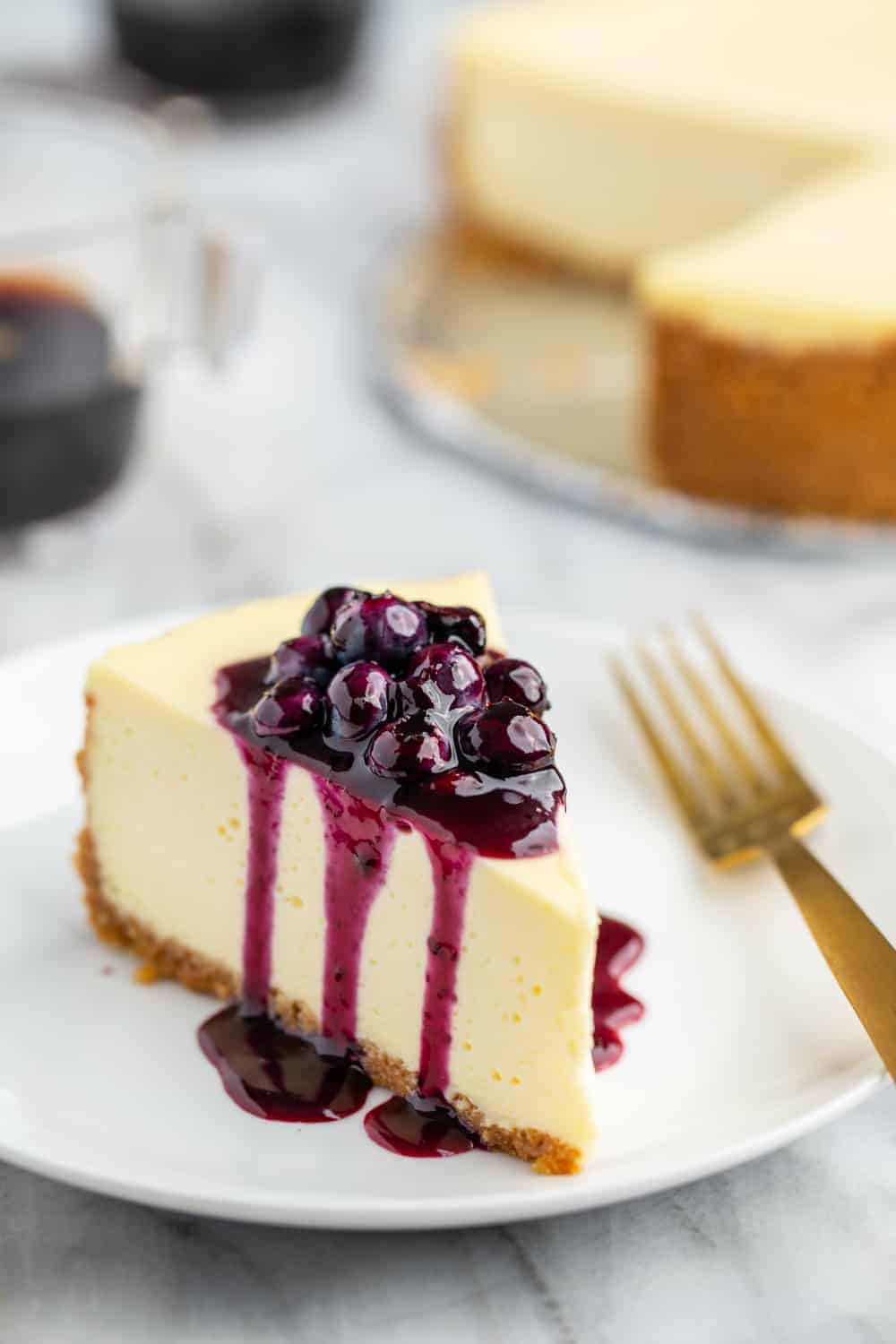 If you’ve been following along for the last couple of posts, you know I’ve been promising you my favorite recipe for vanilla cheesecake.

You guys know I’m totally obsessed with all things cheesecake, but I’ve never just shared a classic recipe for vanilla cheesecake with a simple graham cracker crust, so here we are. 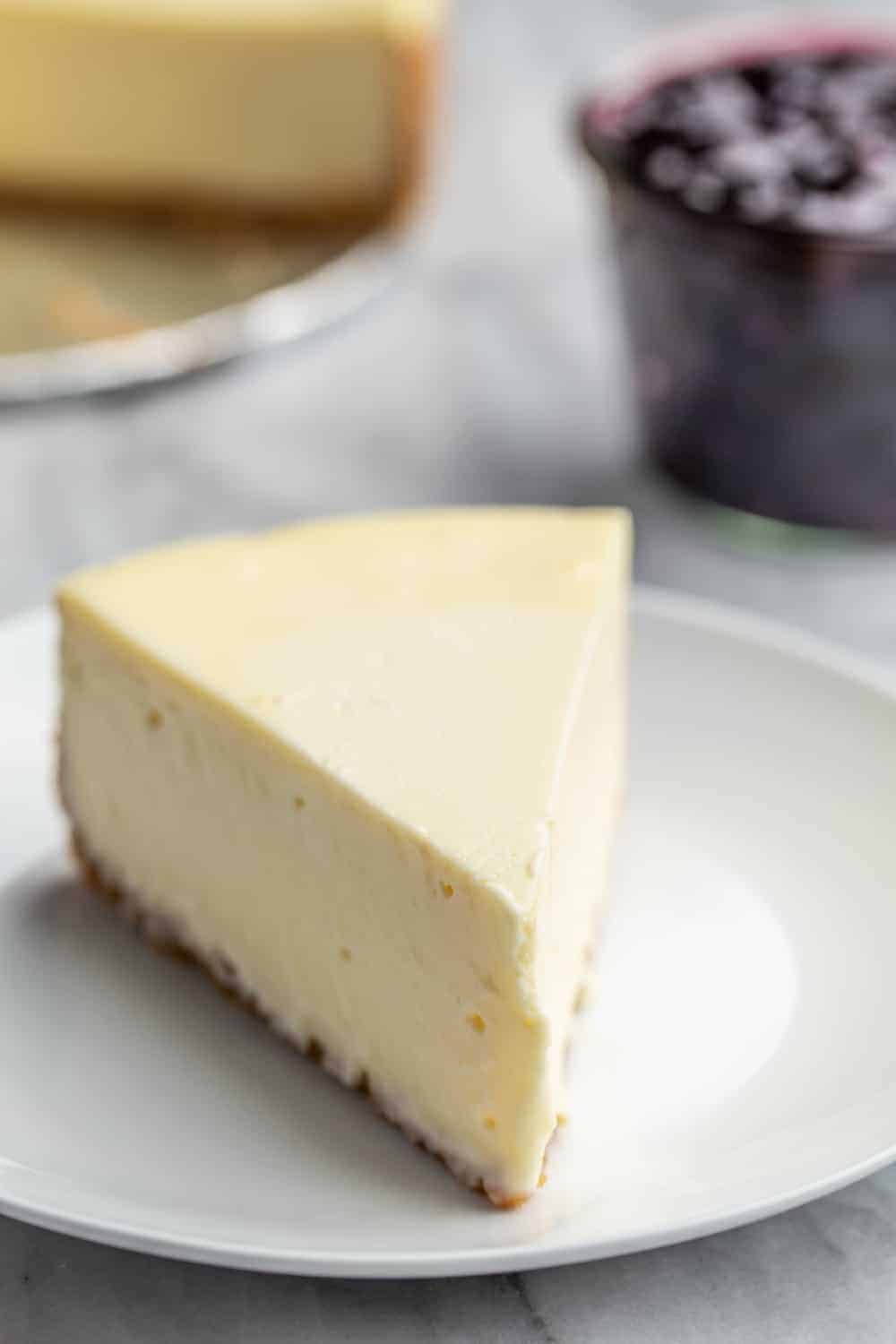 I’ve mentioned a few times that cheesecake is a family tradition. Whether it’s a birthday, anniversary, or job promotion, when it comes to celebratory baked goods, we stick to cheesecake every time.

There are many foods that bring back memories of my childhood, but if you asked me to pick one that encompasses all the best memories, this is the dessert. It’s hard to beat creamy, tangy filling with that buttery crust.

I will fully admit to eating this with toppings and without, and loving it just the same no matter what. 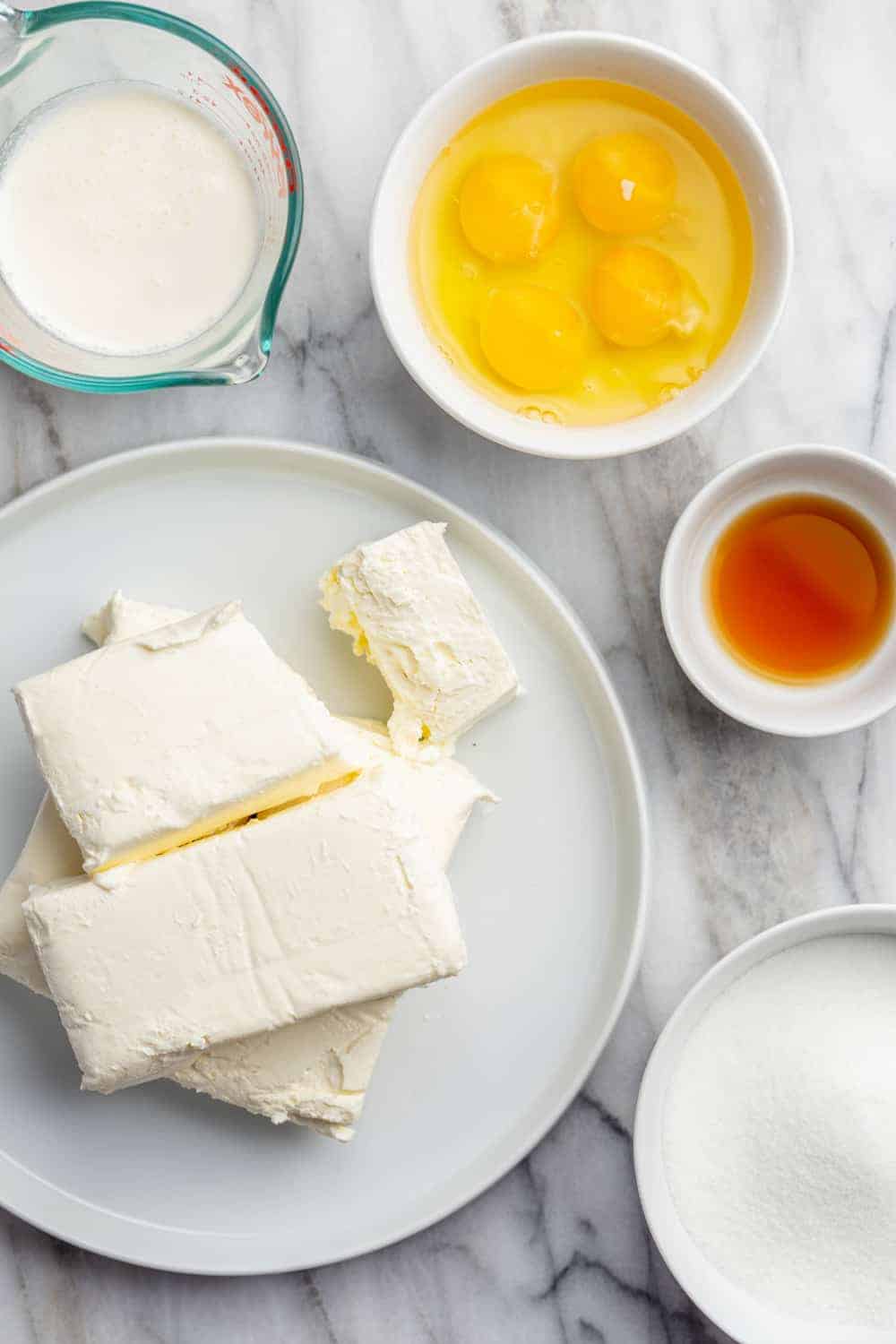 Classics are classics for a reason. I mean, you really can’t mess with the best.

Sure, I have made dozens of various cheesecake recipes throughout the years. Flavors like Lemon Cheesecake, Hot Cocoa Cheesecake and Samoa Cheesecake have certainly become favorites. 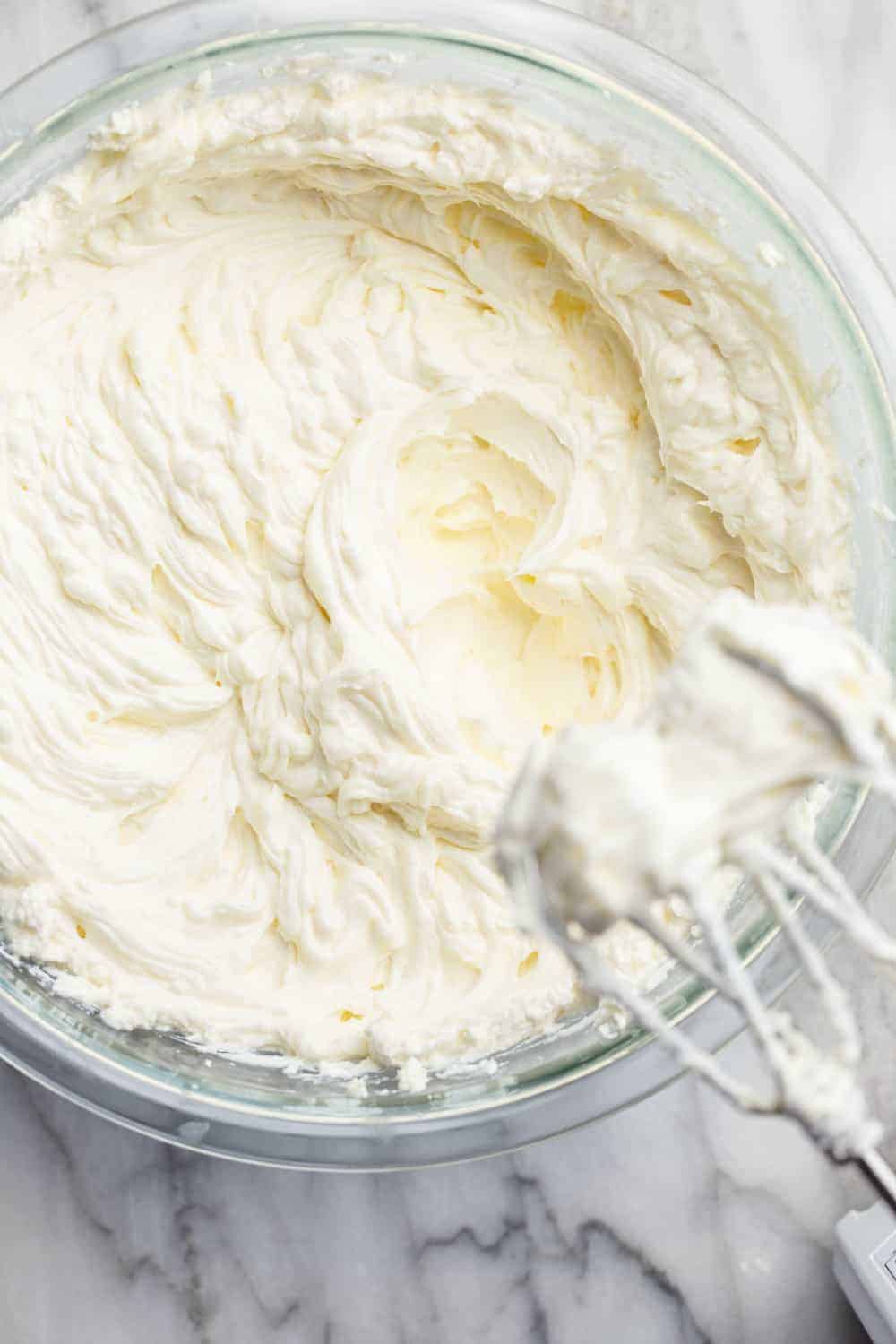 But sometimes I just crave a slice of rich, creamy Vanilla Cheesecake. (And usually on a whim, which is why it is useful to know how to soften cream cheese quickly and to have the ingredients for graham cracker crust on hand.)

When I am craving the classic, this is the recipe I reach for. The tanginess of the cream cheese shines through and is complemented by the vanilla. It is really just so good. 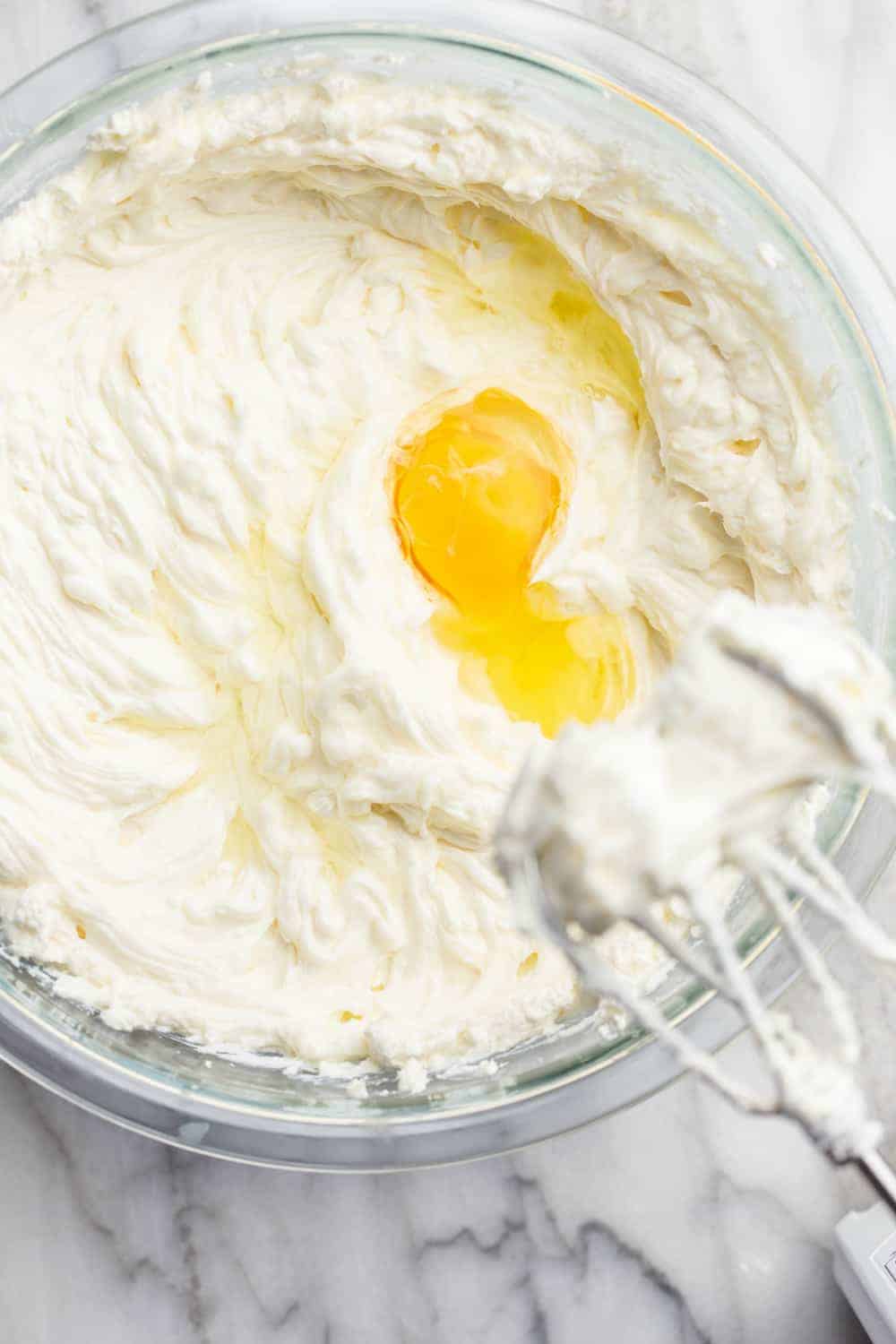 But just because this recipe makes a vanilla cheesecake, don’t assume that it is “plain” or that you can’t top it with any variety of toppings to make it your own. 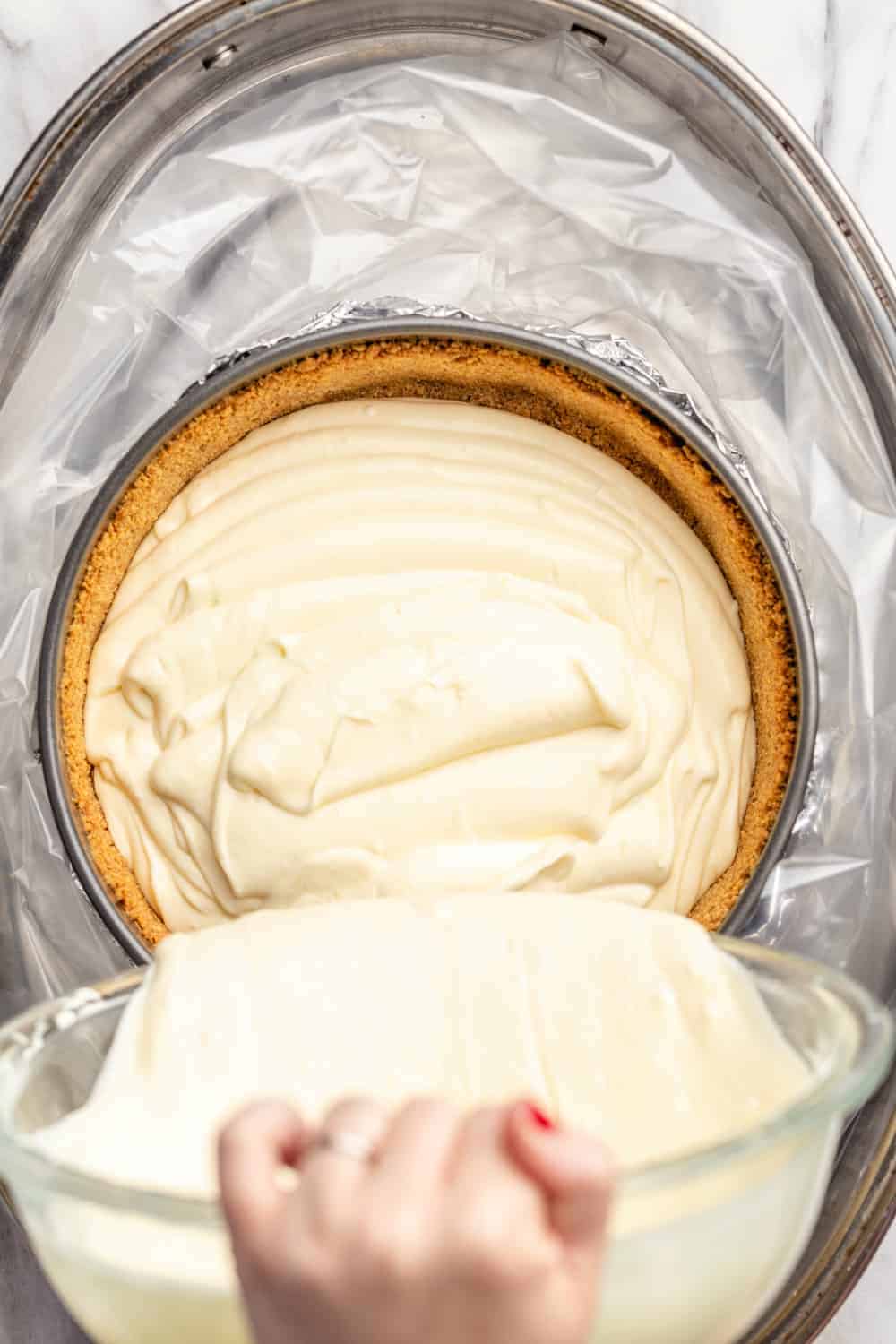 My all-time favorite way to top this Vanilla Cheesecake is with my Homemade Blueberry Sauce. That is the ultimate combination that can’t be beat, ok? A close second is my homemade cherry pie filling. 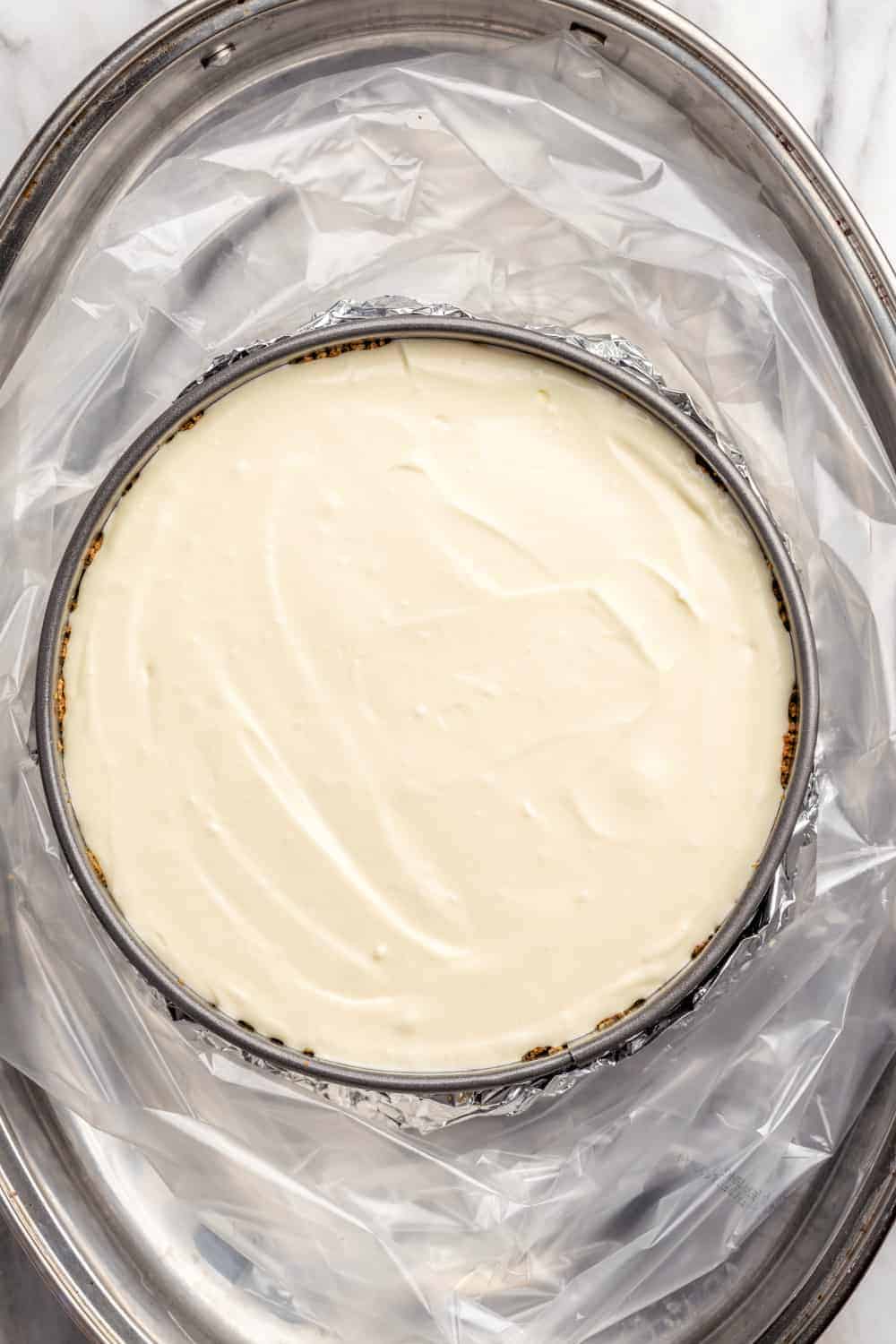 But if blueberries aren’t your thing, that’s ok. For a citrusy kick, try topping it with my Microwave Lemon Curd or with grapefruit curd. 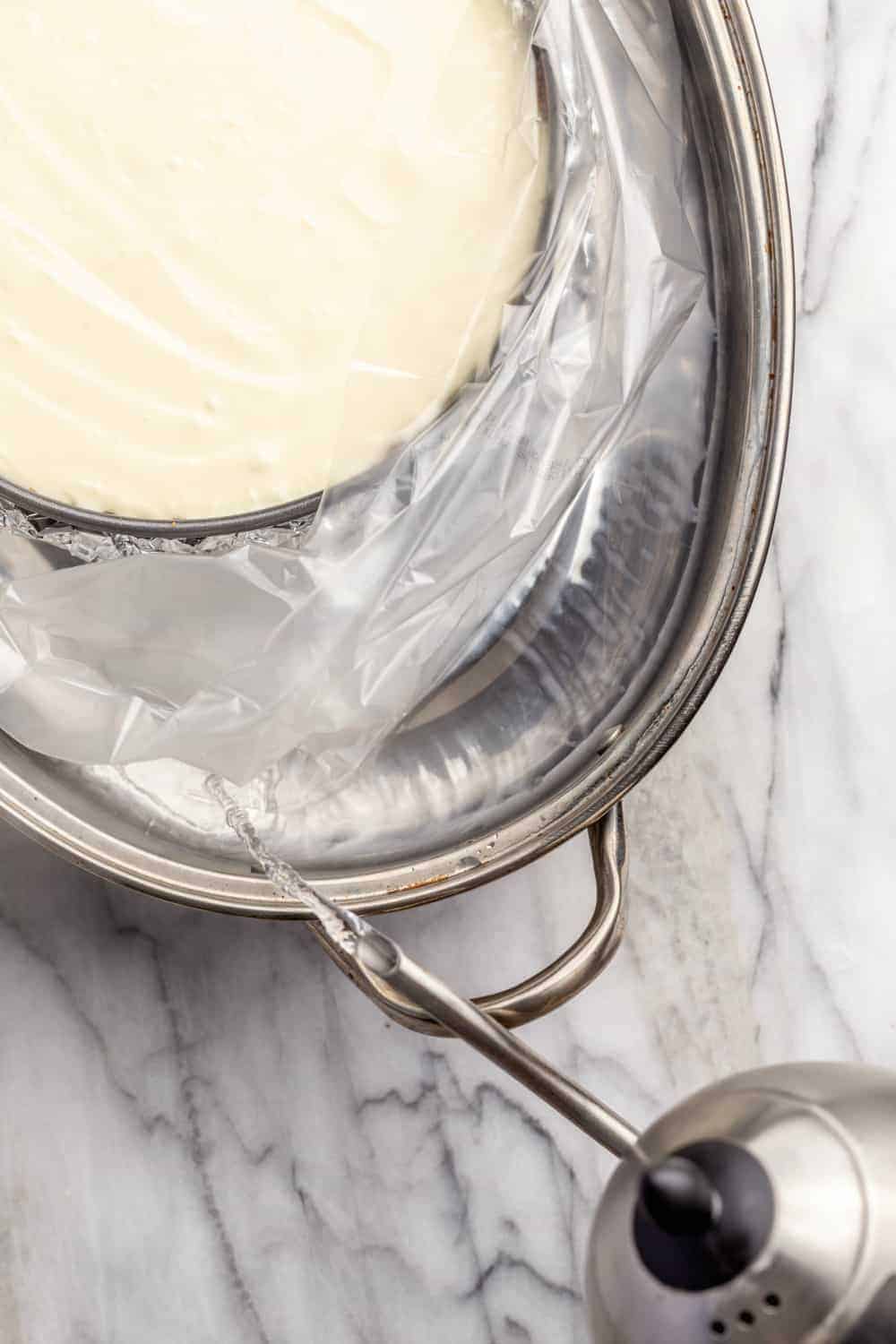 Salted caramel sauce is also a fan favorite, as is chocolate ganache.

It would also be hard to go wrong with sliced fresh fruit or homemade cherry pie filling. Honestly, as long as you’re making cheesecake, you really can’t go wrong at all! 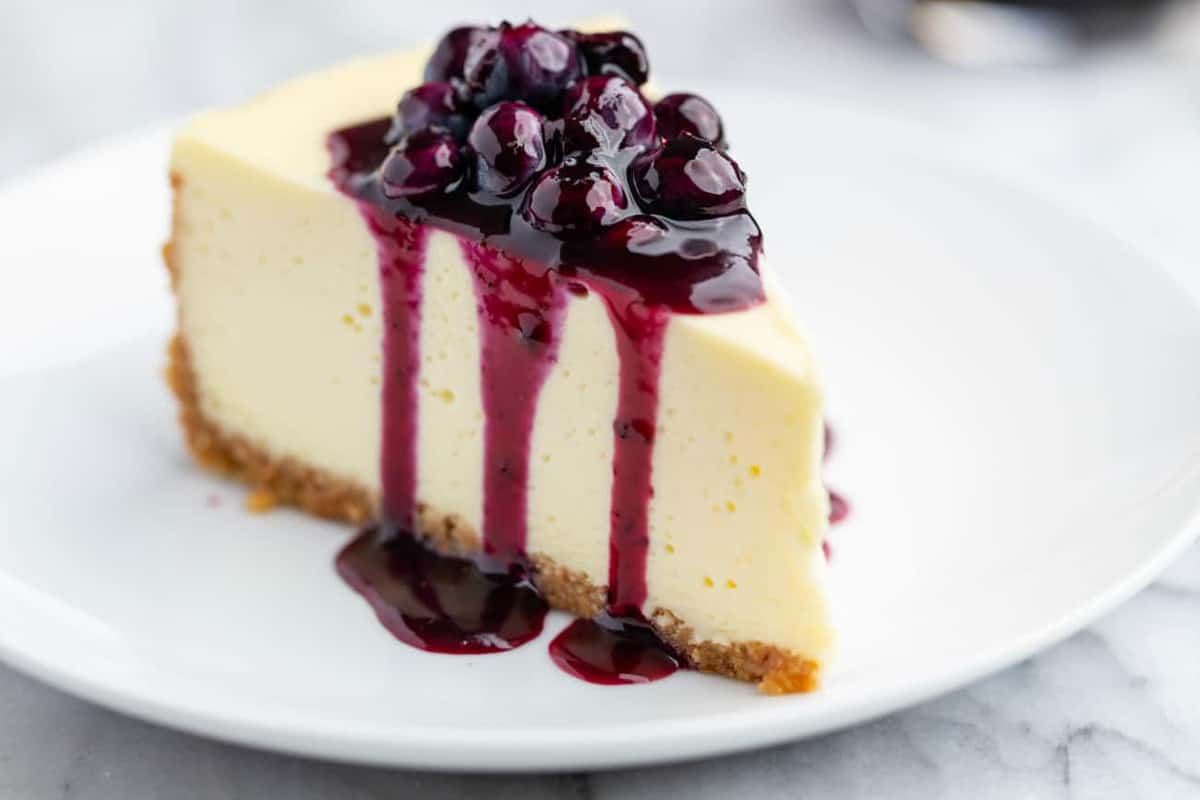 I understand everything about the water bath except lining the inside of the pan bottom with foil. Doesn't that make cutting the cake difficult and leave foil stuck to the bottom of your slices? Looking forward to you responce.

Hi Donna- Once the cheesecake is chilled the foiled will peel right off. -Jamie

This cheesecake looks absolutely perfect - simply to die for! Such an amazing texture- so rich and creamy ♥

Thanks so much for stopping by, Natalie! I appreciate you taking the time to comment. Happy Baking! -Jamie

My God, how delicious! For sure, I will test this recipe!

Thanks so much for stopping by, Daniela! I appreciate you taking the time to comment. Happy Baking! -Jamie

My goodness. I have been following you since 2010 or was it 2011? You and Sweetapolita I have been religiously following and subscribe to! Your fudgy brownies recipe is my ultimate brownie recipe and now this! Thank you for all these years of wonderful and amazing recipes and now I must make this cheesecake :) You have a fan for life!

Much love from Kuala Lumpur, Malaysia.

Thanks so much for stopping by, Sonia, and for following along for so many years! I appreciate you taking the time to comment. Happy Baking! -Jamie

I adore cheesecake and yours looks beautiful!

Thanks so much for stopping by, Anne! I appreciate you taking the time to comment. Happy Baking! -Jamie